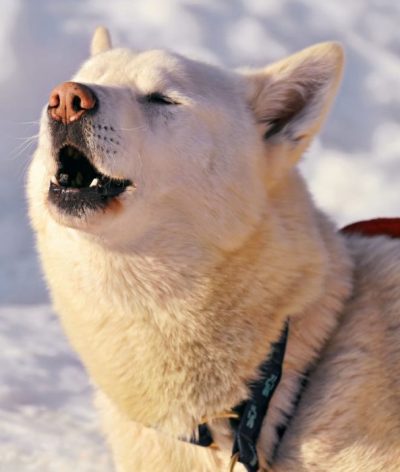 Dogs Howling: Why And How To Stop It

Dogs howling can be a problem especially when it’s frequent and consistent. My dog used to howl a lot, especially when I leave my apartment, that my neighbors started to complain. Note, however, that howling is not a bad thing in itself and there are many possible reasons why dogs howl.

WHY DO DOGS HOWL

Let’s start with something general. According to research, certain dog breeds, especially the wolf-like breeds such as huskies and malamutes, are the mostly likely to howl. Basset hounds and beagles as well.

Since domestic dogs are partly descended from wolves,  it maybe that they are showing a behavior that is similar to wolves. In general, dogs are hardwired for pack living and if they are separated from their packs, it would be hard for them to protect themselves. Hence, howling is their way of letting the pack know where they are.

But of course it differs between breeds depending on the circumstances, the quality of their relationship with their owners and experiences in the past. Some studies even suggests that howling is something that is learned from other dogs.

Other reasons for dogs howling are separation anxiety, something in the environment that triggers it such as sirens and thunders; some dogs howl to get their owners’ attention while for some, it’s simply habitual. To other dogs, the howling maybe a sign of boredom, loneliness, sickness or they’re hurting.

Shortly after I adopted my dog, my neighbors told me that he started to howl when I left my apartment unit to run some errands. I work at home so I stay with him most of the time. This was caused by some kind of a separation anxiety.  Perhaps you have experienced the same.

Howling caused by separation anxiety is usually accompanied by other anxiety symptoms such as elimination, constant pacing, chewing or destroying and other signs that the dog is distressed.

When it comes to sirens, the dogs responses vary.  Some dogs howl at all sirens while others only at some. There are some sirens which to a dog, sound like the howl of another dog so it makes a response howl. If you’re in a neighborhood with houses close together, other dogs may hear it too and start howling as well.

Now, your dog can learn that howling gets your attention and hence starts howling when hungry, bored, lonely, wants to play or for anything that requires you to pay attention to your dog.

HOW TO STOP YOUR DOG FROM HOWLING

Fortunately, there are methods you can use to stop your dog from howling. The most common are called desensitization and counter conditioning (DSCC) techniques. Don’t worry, these are not hard to do.

So if your dog howls due to separation anxiety, a key factor in making him stop is distraction. If your dog has a Kong, put some healthy treats inside. Others put peanut butter instead. My dog has an interactive, chew, treat dispensing ball that I let him play with when I need to go out of my apartment. See photo below:

Leaving him with something that he likes makes him associate your leaving the house with something good happening. Just be sure to leave him with enough distractions such as the aforementioned Kong or treat dispensing ball, or squeaky toys or chews or puzzles or anything that will keep him busy for a while in first 30 minutes or so.

I also leave my dog with a type of music that has been clinically tested to calm dogs and reduce anxiety.  It’s called “Calm Your Canine” 3-CD series and I tell you, it works! How do I know? Well, my neighbors all said my dog is so quiet when I leave it’s as if there’s no one at home.

If your dog howls at sirens, one thing you could do is play a recording of a siren at a low volume first. Then increase the volume gradually so that the dog can get use to it gradually as well.  Simultaneously, counter condition your pet by playing with him, giving him a treat or any other activity that he enjoys. This way, hopefully, he will associate the sound of a siren with a happy experience so he will stop howling.

If this doesn’t work, then perhaps it’s time to call a professional dog trainer.

So ignore him when he howls, act as if he isn’t there and soon, he will learn that being quiet works more than howling to get your attention.

Dogs howling can be sometimes caused by illness. If your pet is howling much more than usual, then take him to the vet right away to rule out sickness or injury.

If after trying different things your dog just keeps on howling, don’t despair. Consult a professional – a dog trainer or a dog behaviorist. An expert, most of the time, can figure it out since they have most likely handled such cases before. 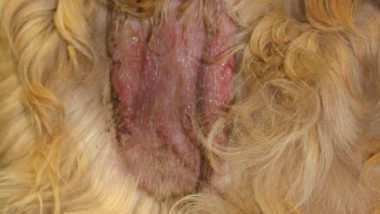 Dogs Hot Spots: How To Treat Them Naturally 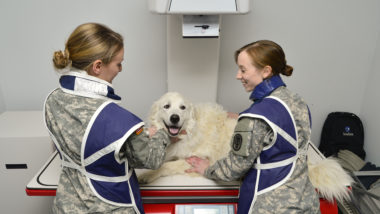